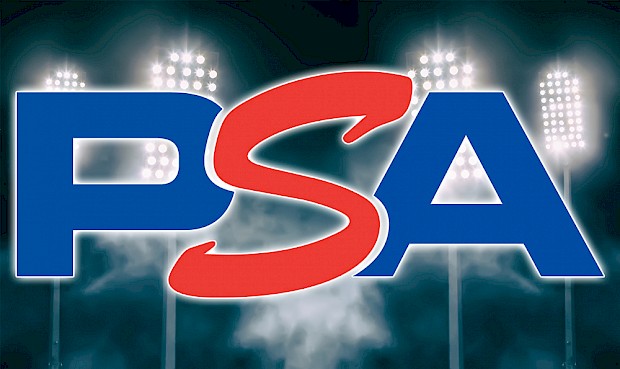 Jason Koonce - Buying, Selling and Accommodating Is the Name of the Game at OTIA Sports

Like many other people in the sports memorabilia business, Jason Koonce got his introduction to the hobby as a youngster buying packs of cards. Growing up just north of Ann Arbor, Michigan, Koonce used to shovel snow “all day long” just to earn enough money so that he could buy some packs of cards. He thinks he was eight, maybe nine years old.

“It wasn’t very financially rewarding,” he recalled, “but it sure was fun. I’ve been hooked ever since.”

Koonce, 36, now runs a multimillion-dollar business called “One Team International Agency (OTIA) Sports.” The company, based in Detroit, offers three specific areas of interest for collectors – buyers and sellers, alike – as well as for corporations interested in exploring all the options that sports marketing has to offer.

“We’ve handled a few private signings with regular collectors, but the majority [of requests] come in from corporations looking to host an event and have talent either speak, sign or just mingle,” said Koonce, who mentioned he has orchestrated events with athletes ranging from Magic Johnson and Hulk Hogan, to Michael Phelps and Joe Montana.

The second category – “Sell Your Collection” – means exactly that: OTIA Sports provides sellers with the easiest way to get the highest cash offers for their wares.

“We have nothing bad to say about auction houses; in fact, we’ve worked with some of them on occasion,” said Koonce. “But we present huge advantages when we buy somebody’s collection. The seller saves massively on fees [consignment, buyer’s premium, etc.] and they get paid immediately. They don’t have to wait around for months for an auction to close or for years depending on the size of their collection.”

The third category is entitled “Elite Marketplace,” which means that beyond simple eBay-like online transactions, OTIA Sports prides itself on having an incredible client list that routinely pays handsomely for quality items that become available.

“This allows us to pay the most for collections since we will then be selling those items directly to the end users, the people who want them the most,” said Koonce.

A big supporter of the University of Michigan, Koonce enjoys watching basketball and baseball games, but “there is nothing better than football season,” he said. A Wolverines fan through and through, Koonce ranks Football Hall of Fame defensive back Charles Woodson as his favorite Michigan player ever. “He brought home our last national championship and the Heisman Trophy,” he said. “Go Blue!”

When asked what he considers the most rewarding aspect of his job, Koonce doesn’t hesitate.

“I love the excitement people exude when they become educated about the hobby and realize that what might have seemed like a fantasy item for them early on is actually available – and for a decent price,” he said.

“A great example of this would be a Babe Ruth autographed baseball. I’ve had countless people talk to me about the movie The Sandlot and they all assume that a Ruth signed baseball will cost them several hundred thousand dollars. They are shocked to find out that they can still get one for a fairly reasonable amount.”

One example Koonce shared where OTIA Sports worked hand in hand with a collector to make a deal work came when they purchased an amazing run of 1953 to 1967 Topps Baseball sets, all fully graded in PSA NM-MT 8. “At the last moment, the seller decided he wanted to hang on to a couple of his favorite sets, which we understood. But the deal still cost us over a half a million dollars.”

OTIA Sports currently has nine employees on its company payroll, six full-time workers and three part-timers. With a taxing travel schedule, Koonce is glad to have the extra hands on deck.

“Last October, we set our record for travel,” he said. “We got on 14 different flights in that single month to look at collections. Most times, when we’re buying smaller deals, people will just ship them in for us to evaluate. But for the larger ones, we love to travel.”

Who Is Jason Koonce?

Jason Koonce is a former high school basketball player who competed until his senior year at which time he decided to run his sports business over playing sports. Originally buying and selling sports memorabilia under his own name, he eventually operated under “World Wide Investments” up until he launched his current company two years ago.

“While we have been buying and selling for over 20 years, in just the past few years our business has shifted into doing more appearances and autograph signings with athletes and celebrities,” Koonce explained. “In doing so, we decided to put both sides of the business under one umbrella: One Team International Agency Sports.”

In his free time, he enjoys playing poker, fantasy sports and spending time with his wife, Mackenzie, and their three children. Regarding his poker playing, Koonce is no slouch. His biggest payday so far: $1.3 million.

“I have been playing high stakes poker for the past 15 years and fantasy sports for the last six years. My biggest fantasy weekend was $470,000,” he said.

“I used to play both a lot more, prior to having kids, but I still try and set aside some time,” he added with a grin.

Read The Article from PSAcard.com