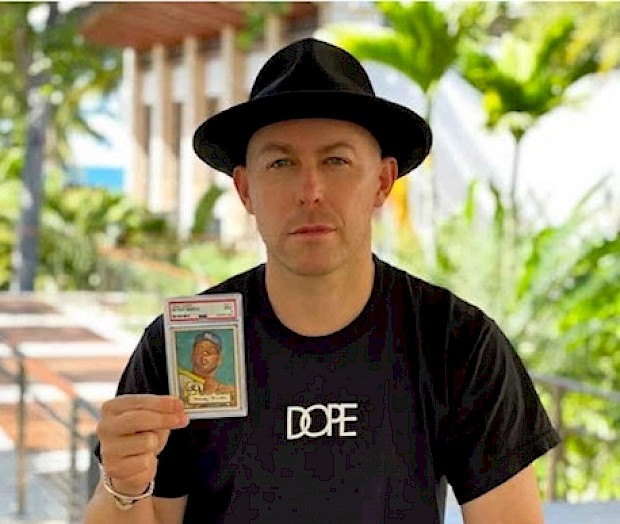 Two years ago, one of the six 1952 Topps Mickey Mantle cards with a MINT PSA 9 grade was sold by former Super Bowl champion Evan Mathis to an unidentified buyer through Heritage Auctions for $2.8 million. In August, a 2009 Mike Trout one-of-one Superfractor set the record for the most expensive baseball card ever sold. Now, that same Mickey Mantle card sold in 2019 has been sold again - this time, shattering the Mike Trout record with a sale price of an absolutely mind-boggling $5.2 million. This has raised the record price by almost exactly one quarter, an amount that would have been unimaginable before the recent card market boom. Its previous owner is still unknown, but described the sale offer as “one they would not refuse.”

The card’s new owner, actor and entrepreneur Rob Gough, describes it as the “Mona Lisa of sports cards,” something which has been a lifelong dream of his to acquire. Gough has stated that he thinks the card was “massively undervalued,” and described the sale price of $5.2 million as “a steal.” A card of this caliber does not often come to market, and so when Gough became aware of the opportunity, he knew he had to act. He added that he thinks he “got a tremendous deal” on the card. In addition to the 1952 Mickey Mantle, Gough has also recently acquired other “white whale” cards, such as a 1916 Sporting News Babe Ruth rookie, a 1917 Collins-McCarthy Joe Jackson (cards which by now are over a century old, and were printed less than twenty years after the innovation of sports cards themselves) and several Michael Jordan PSA 10 rookie cards.

There are only three 1952 Mickey Mantle cards currently known that can top the one sold recently: a trio of Gem Mint 10s graded by PSA that have an estimated auction value of eight figures today. Of the three PSA 10s, one is owned by Arizona Diamondbacks owner Ken Kendrick, another by a private collector, and a third by former attorney and avid collector Marshall Fogel. Fogel loaned his copy to a Colorado museum for display back in 2018, and the card was delivered via armored truck. Reportedly, one owner was offered $20 million for his card, but declined the offer.

While the 1952 Mickey Mantle has now set the record for most expensive baseball card ever sold, it is not likely to hold that distinction for long. Over the past few years, the revitalization of the sports card market has seen that same record broken many times over, and the market has arguably never been more active or lucrative. Interest in the sports card market has drawn in untold numbers of new collectors, many of them high profile, including celebrities and athletes. In addition, the nature of sports cards directly appeals to modern day social media, being easily recognizable images, and thus the frenzy only grows as popular influencers post images of their collections and encourage their fans to participate as well.

The market is showing no signs of slowing any time soon, keeping many hobbyists and investors alike on their toes as they watch for the next record-breaking sale to appear.